The UK Government has been accused of having “immoral” trade deals with Saudi Arabia after a new report accused the oil-rich state of systematic violations of international law in Yemen and said that more than 2000 children have been killed.

The United Nations report highlights fresh war crimes and human rights abuses by all actors in a conflict that has lasted six years and resulted in the deaths of 112,000 people, of whom 12,000 were civilians.

Experts who wrote the study said airstrikes by a coalition led by Saudi Arabia and United Arab Emirates, have had a “disproportionate” impact on civilians. They highlighted dozens of deaths alleging failures by the coalition “to take all necessary measures to protect civilians”.

The study also noted a “consistent pattern of harm” to civilians by the coalition, which appears to contradict the position of the UK government in June when it resumed arms sales to Saudi Arabia, claiming that allegations of war crimes by the coalition were “isolated incidents”.

The Office of the United Nations High Commissioner for Human Rights has documented at least 7,825 civilians killed – including at least 2,138 children and 933 women.

The UN’s report recommended that its security council should “ensure there is no impunity for the most serious crimes by referring the situation in Yemen to the International Criminal Court“.

Campaign Against Arms Trade (CAAT) responded to the report by saying the UK government’s position was “not credible”. Save The Children said it was “horrified”at the number of children maimed and killed in the conflict.

In reply, the UK government said it is “deeply concerned” by the conflict and urged all parties to engage with a peace process to end the war.

The authors of the UN’s report included Melissa Parke, an expert on Yemen, who said: “Yemen has been ravaged in ways that should shock the conscience of humanity.”

There were “no clean hands” in the violence which has destroyed vital public infrastructure and created a humanitarian catastrophe affecting many millions, the report said.

Despite this, weapons continue to flow into the conflict, and the UN said it was concerned over the continued role of the UK, US and France who arm and support the coalition.

The UN called on the UK and other states to “take all reasonable measures to ensure respect for international humanitarian law, “in particular, by refraining from providing arms and military support to the parties.”

The UN highlighted a series of coalition airstrikes which killed civilians including an attack in Al-Sawamel region, Mustaba district, Hajjah governorate on 11 August 2019.

“Shortly after 8 a.m. the first strike hit a house. Ten minutes later the second strike hit a location approximately 150m away from the house. Some 4 to 5 minutes later, the third strike struck an open area far from the village,” the report said. Twelve persons were killed, including six children, and 16 civilians injured. Most casualties belonged to just one family who had fled their home in Haradh district, Hajjah Governorate in 2015.

The UN said no statement was made by the coalition about this attack and it was not aware of any military targets in the immediate area.

One of the deadliest airstrikes of 2020, the UN said, was launched by the coalition in the early
hours of 15 February 2020 on a village in Al-Hayjah Area, Al Maslub District, Al-Jawf Governorate. This resulted in approximately 50 civilians killed and injured.

The UN said: “In these and other airstrikes documented, the group concludes that the coalition may have failed to take all necessary measures to minimize civilian casualties. Failures relate particularly to fulfilling duties to verify a target as a legitimate military target, to collect and assess intelligence relating to likely civilian impact and to cancel or suspend an attack if it becomes apparent that the target is not a lawful one or that it would be a disproportionate attack.

“Even if it were confirmed that the coalition were directing attacks against legitimate military targets in some of these airstrikes, the extent of civilian casualties that could have been anticipated raises significant questions as to the proportionality of the attacks and whether all feasible precautions in attack were taken. Disproportionate attacks constitute war
crimes under customary international law.”

The Ferret reported in July that UK arms sales to Saudi Arabia resumed despite concerns over the potential for further atrocities in Yemen.

CAAT condemned that decision then as “disgraceful and morally bankrupt”. Commenting on the new UN report, the group’s Emma Cockburn said: “This report is damning for the UK and other arms dealing governments, who have been complicit in the bombardment. Yemen is facing the worst humanitarian crisis in the world, and it has only been intensified by the Saudi-led airstrikes.

“It is simply not credible for the UK Government to claim that these attacks were ‘isolated incidents’ when this report and other have pointed to widespread and seemingly-targeted attacks on civilian infrastructure.

She added: “Boris Johnson and his colleagues could make a big difference by halting the flow of arms and support to the Saudi regime. These airstrikes have killed thousands of people. They have only been made possible by the vast and immoral multi-billion pound deals between Downing Street and the Saudi military. How many more people will be killed by UK-made fighter jets and UK-made bombs before there is an end to these toxic trade deals?”

Save the Children’s Denisa Delic said the charity was “horrified” by the report. She claimed it gave an accurate picture of the “systematic violations of international law” committed by all parties in the conflict, including “the killing and maiming of children” and the destruction of schools.

“It is telling to see a recommendation for the UN Security Council to refer the situation in Yemen to the International Criminal Court,” Delic said.

“From May to July this year at least 47 children lost their lives in airstrikes and only yesterday a one-year old baby was tragically killed after an artillery shell hit his house.

Delic said the United Kingdom has a “key role” to play in ensuring accountability in Yemen.

She continued: “The UK must use all its diplomatic channels to ensure the Human Rights Council renews its mandate for the Group of Eminent Experts, fully supports their investigations into the conflict in Yemen, and seeks practical mechanisms for accountability.”

A spokesperson for the Department of International Trade said: “The UK is deeply concerned by the ongoing conflict and humanitarian crisis in Yemen. We fully support the peace process led by the UN Special Envoy, Martin Griffiths, and urge the parties to engage constructively with this process.

“The government takes its export responsibilities seriously and assesses all export licences in accordance with strict licensing criteria. We will not issue any export licences where to do so would be inconsistent with these criteria.”

Earlier this month, the UK Government announced a £119 million aid package to tackle coronavirus and famines in seven countries including Yemen.

Fighting intensified across Yemen in 2015 between a Saudi-led coalition backing the resigned regime of former Yemeni president Abd Rabbu Mansour Hadi, and the Houthi popular movement which still controls the capital Sana’a, together with their allies.

The UN said responsibility for the carnage rested with all parties to the conflict – namely the Hadi regime, the Southern Transitional Council and members of the Coalition, in particular Saudi Arabia and the United Arab Emirates.

Verified human rights violations covered in the report include enforced disappearances, arbitrary detention, sexual violence, torture, the recruitment and use of children in fighting, as well as denial of a fair trial. 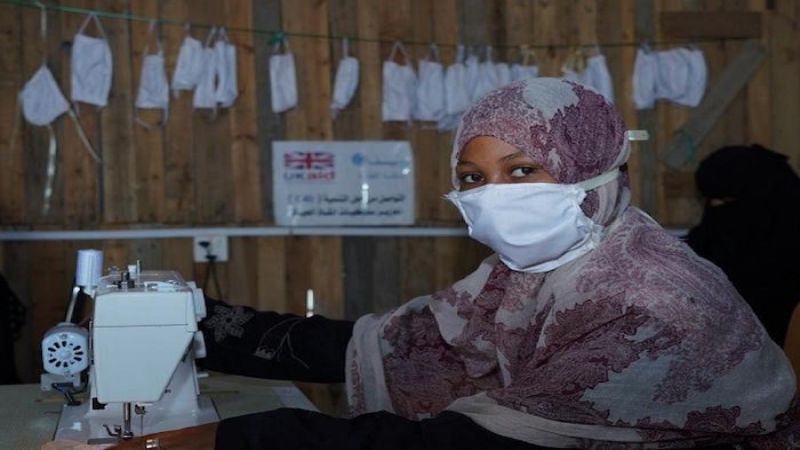