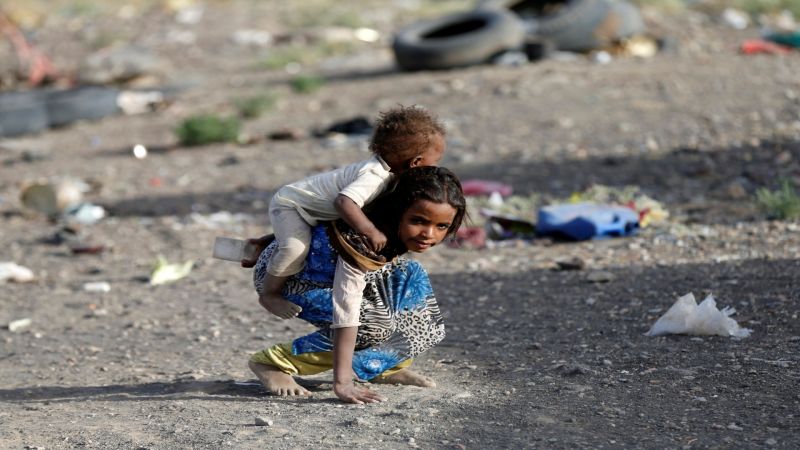 Human Rights Watch warned Monday of "deadly consequences" as a result of the obstruction of aid in war-torn Yemen, where the humanitarian effort has already been badly hit by the coronavirus crisis.

Interference by the government and Huthi rebels has hampered the delivery of aid in the country where the risk of famine looms large, the rights group wrote in a report.

Interviews with 35 humanitarian workers, 10 donor officials and 10 Yemeni health workers revealed a complex web of restrictions that hinder the flow of aid.

Tens of thousands of people, mostly civilians, have been killed in the Yemen conflict, which the United Nations describes as the world's worst humanitarian crisis.

The United Nations warned in July that Yemen was at risk of returning to "the brink of a full-scale famine" as calls intensified for a ceasefire to help combat the novel coronavirus.

Long delays in approving aid projects, obstruction of aid surveys, and efforts to dictate allocation, alongside violence towards aid workers, all frustrated the flow of essentials, the report said.

Aid workers had to "push back" against Huthi insurgents who insisted they hand over cars, laptops and mobile phones when projects concluded in 2019 and 2020.

The UN's World Food Programme last year temporarily suspended deliveries to rebel-held areas following accusations of "diversion of food", after which the Huthis dropped a threat to impose a tax on aid.

Obstacles to aid delivery in government-held areas in the south and east were also on the rise, HRW said.

The report also criticised aid agencies for giving in to illegitimate demands, potentially worsening the situation -- particularly in Houthi-held areas.

The report urged the warring parties to "immediately lift all unnecessary obstacles" to the delivery of life-saving aid, demand for which has exploded since the coronavirus pandemic.

Yemen has so far recorded more than 2,000 Covid-19 cases, including 583 deaths, but numbers are likely much higher, the UN says.

More than three million Yemenis have been displaced and three-quarters of Yemen's population of 29 million depend on some form of aid for survival, the UN says.

The UN humanitarian coordinator for Yemen, Lise Grande, said the UN was alert to the challenges of delivering aid in Yemen.

"For every programme we have underway, we identify the risks to principled delivery," she told AFP.

"When those principles are breached, we adjust our delivery -- this means that we sometimes have to stop aid."

She warned last month millions of Yemenis will "suffer and could die" because of a funding crisis that has forced the UN to close or slash half of its major programmes in Yemen.

An aid conference held in Riyadh in June saw donors pledge just $1.35 billion of the $2.41 billion needed to cover essential humanitarian activities until the end of the year.