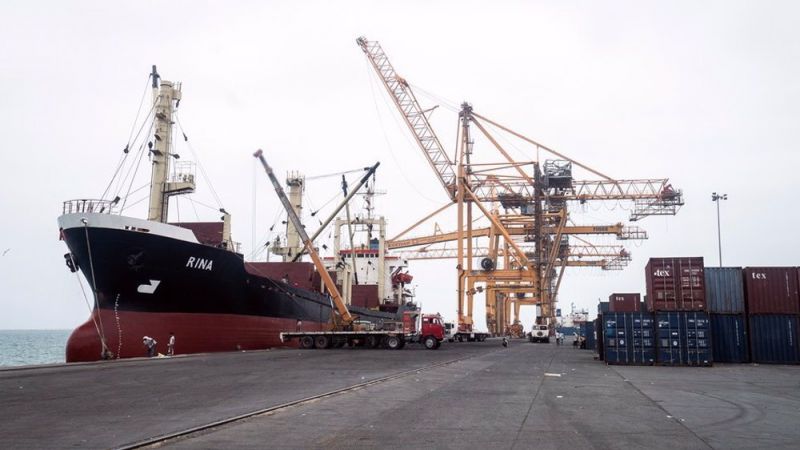 A report says 22 Yemen-bound oil tankers, which have been illegally impounded, are still held by the Saudi-led military coalition that continues preventing them from reaching the impoverished war-wracked country’s port city of Hudaydah.

An unnamed official at Hudaydah port further told Arabic-language al-Masirah television network on Sunday that the ships impounded by Saudi-led coalition carry over 144,000 tons of diesel, over 263,000 tons of gasoline, over 29,000 tons of gas and more than 100,000 tons of fuel oil.

The official further said that the impounding period of these ships ranged from 50 to 98 days, adding that the longest period belonged to the Dynasty oil tanker, which was impounded by the Saudi-led naval forces on March 25.

The Yemeni Petroleum Company (YPC) has repeatedly condemned the Saudi-led coalition’s piracy, stressing that Saudi Arabia has illegally impounded these ships since they all had acquired international permits beforehand and that what Riyadh is doing is in violation of the provisions of the International Convention on Human Rights.

A Saudi-led coalition comprised of a number of allies invaded Yemen in March 2015 to restore power to its former president Abd Rabbuh Mansur Hadi and crush the popular Houthi Ansarullah movement, whose fighters have been of significant help to the Yemeni army in defending the country against the invaders.

The ongoing war has so far killed tens of thousands of Yemenis and pushed the entire country close to the brink of famine.

Back in December 2018, delegates from the Houthi Ansarullah movement and representatives loyal to Hadi held a round of peace negotiations in Rimbo, north of the Swedish capital city of Stockholm. The talks resulted in the announcement of a breakthrough agreement.

The document included three provisions: a ceasefire along the Hudaydah front and the redeployment of armed forces out of the city and its port; an agreement on prisoner exchange; and a statement of understanding on the southern Yemeni city of Ta’izz.

The YPC says the continued confiscation of the oil tankers contradict earlier remarks by the UN Special Envoy for Yemen, Martin Griffiths, before the Security Council on January 16 and October 22 last year, during which he claimed that ships carrying energy derivatives enter the port of Hudaydah without any obstacles.

The company also notes that the Saudi-led coalition continues to besiege the Yemeni nation through maritime piracy, which aims to hinder the arrival of vessels carrying oil derivatives, natural gas, food, medicine and other basic commodities to Hudaydah, despite the fact that the ships had earlier acquired necessary permits in Djibouti under the United Nations Verification and Inspection Mechanism for Yemen (UNVIM).

A Yemeni maritime official says the Saudi Arabia-led coalition is seizing 20 ships loaded with oil derivatives and foodstuff off the coast of the crisis-hit country.

The imposed war has also taken a heavy toll on the country’s infrastructure, destroying hospitals, schools, and factories. The UN says over 24 million Yemenis are in dire need of humanitarian aid, including 10 million suffering from extreme levels of hunger as the invaders keep obstructing inflow of direly-need supplies.