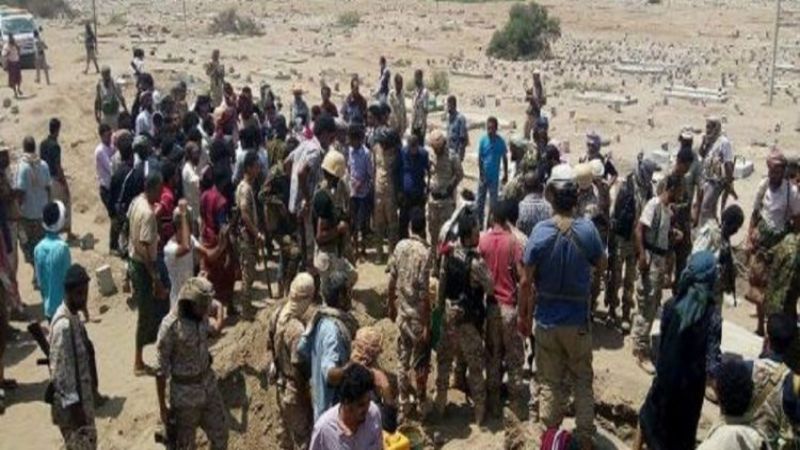 Cemetery in Aden receives 21 corpses of coronavirus victims at once

Local sources in Aden province, southern Yemen, on Friday revealed shocking information about the reality of the catastrophic health situation in Aden city due to the rapid spread of the COVID-19 the Hadi regime and the so-called Southern Transitional Council are attempting to hide.

The sources said that "Radwan Cemetery in Abdulqawi neighborhood of Sheikh Othman district received on Friday 21 bodies after Friday prayers."

The process of burying the dead lasted three hours, as the bodies were carried each at a time, the sources added.

The sources confirmed that among the dead was Mohammed Ali Nasser, director of sanitation in Sheikh Othman district, who died Friday from the coronavirus inside Al-Amal center where he was quarantined.