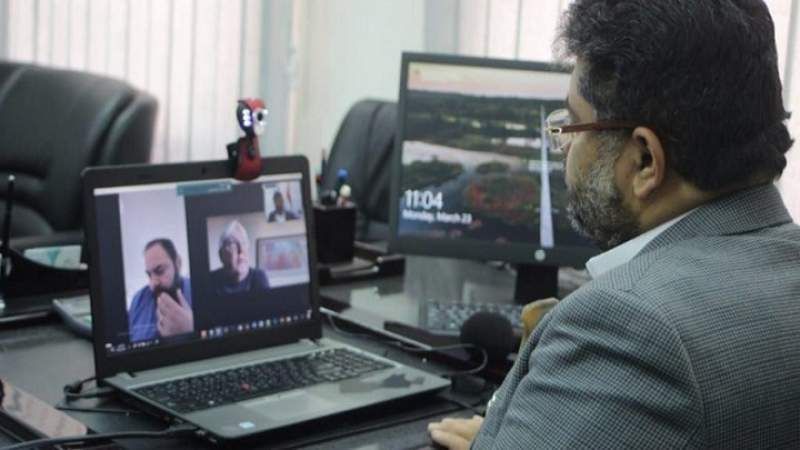 Yemen’s Houthi Ansarullah movement has welcomed a call by United Nations Secretary General Antonio Guterres for a ceasefire in all conflicts worldwide amid a global fight against the coronavirus pandemic.

Mohammed Ali al-Houthi, the chairman of the Supreme Revolutionary Committee of Yemen, said in a tweet on Monday that Sana’a welcomes the UN chief’s call and supports a halt in attacks by the US, Britain, Saudi Arabia, the United Arab Emirates and their allies against Yemen.

The movement, he said, also seeksthe lifting of an aerial and maritime blockade imposed on Yemen by the Saudi regime and its coalition allies since early 2015, to facilitate the adoption of preventive measures against the coronavirus outbreak.

The United States and Britain are not part of the Saudi-led alliance but have been providing all sorts of support to the bloody war.

Speaking to reporters from the UN headquarters in New York on Monday, Guterres called for “an immediate global ceasefire in all corners of the world,” adding, “It is time to put armed conflict on lockdown and focus together on true fight of our lives, pull back from hostilities and put aside mistrust & animosities.”

The United Nations has been trying to mediate an end to conflicts in countries including Syria, Yemen and Libya, while also providing humanitarian assistance to millions of civilians.

Guterres warned that in war-torn countries health systems have collapsed and the small number of health professionals left were often targeted in the fighting.

While Yemen has not recorded any COVID-19 cases to date, the possibility of an outbreak threatens the war-ravaged country’s already fragile healthcare system.

Last week, Houthi warned that the Saudi-led coalition of aggressors will be responsible for a possible spread of the virus to Yemen, citing the negative impacts of the siege.

Houthi’s comments come as Yemen is preparing to mark, on March 26, the fifth anniversary of the military campaign, which the Saudi regime and a number of its vassal states launchedto reinstall a Riyadh-backed former regime in Yemen.

The Western-backed offensive, coupled with a naval blockade, has destroyed the country’s infrastructure.

The aggression has also led to the world’s worst humanitarian crisis in Yemen, where over 1,000 people, including many kids, were killed and hundreds of thousands afflicted by cholera, diphtheria, measles and dengue fever in 2019, according to the World Health Organization.