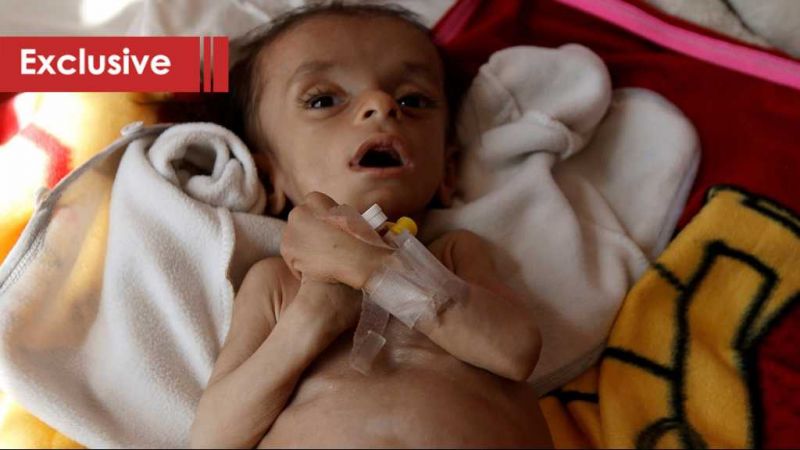 The Yemeni government assured that the country is COVID-19-free up till this moment, despite the virus sweeping across the world. However, the Yemeni people still suffer the consequences of the harsh siege imposed by the Saudi regime and its allies and more people die by the day.

In an exclusive interview, the official spokesperson of the Yemeni Ministry of Health, Dr. Youssef al-Haderi told al-Ahed news that the Saudi regime continues to destroy Yemen today, whether through bombardment and hard power or through the siege that has been imposed on Yemen for more than five years.

Dr. Youssef noted “for five consecutive years, Yemen has been witnessing two types of destruction simultaneously; the military war and the siege that includes moving the Bank from Sanaa to Aden, shutting down the airports and territorial borders, and causing trouble in the only maritime border, which is the Hudaydah port.”

Dr. Youssef went on to explain “Now despite the spreading of Coronavirus around the world, Yemen is still Corona-free. However, the Yemeni people suffer dire conditions and thousands need instant medical care that is absent due to the blockade. The Yemeni people suffer from different deadly diseases such as Cholera, Diphtheria, H1NI and other diseases that have reaped the lives of thousands of Yemeni people whether men, women or children and millions have been infected with it. Some 320 thousand Yemeni patients also have been forbidden the right to travel abroad for treatment due to the shutting down of the Sanaa airport, and tens of thousands of these have died while the rest are dying gradually due to the shutting down of this airport.”

In addition to diseases spreading across the country, there are the wounded and injured who also require medical care and attention. According to the spokesperson there is tremendous pressure and burden on the health sector in Yemen. “There are the wounded and injured, whether civilians who were hurt during Saudi coalition raids or the popular committee and army members defending Yemen. These all need special medical care that constitutes an additional burden on the medical and health sector, not to mention the destruction of hundreds of hospitals and medical centers in Saudi raids. This all comes at a time when the government is no longer able to pay the salaries of some 48 thousand employees in the health sector alone, in addition to other factors that paralyzed the sector by 40%.”

Moreover, the spokesperson underlined that the health sector suffers serious lack of medical equipment and needs. “Before the war on Yemen, around 800 thousand patients of diabetes, heart diseases, Thalassemia, tumors and other cases would receive free medicine subsidized by the government. Unfortunately, with the war on Yemen this is not possible anymore, not to mention the increase of prices by 150% due to the situation and the cut in salaries.” He also added that the Yemeni people are deprived from at least 28 types of essential medicines and lab solutions that cannot be imported due to the shutting down of the airport. “These medicines require express and quick transport and need certain cooling containers otherwise they would go bad. Also, it is worth noting that 93% to 98% of the medical equipment in hospitals have expired and might become unusable at any moment, with no ability to replace these or at least buy spare parts due to the blockade.”

In terms of the Coronavirus, Dr. Youssef assured that thankfully, Yemen has not registered any case yet. “There were a few suspected cases, these were all tested and the results were negative.”

Earlier, Yemen’s Health Minister Nasir Baoum said health facilities across the war-torn country have not recorded any coronavirus cases, and all arrivals through air, land and seaports are subject to checks. 9 cases were suspected, and these all, according to the ministry were tested and the results were negative.

On the readiness of the government, Dr. Youssef told al-Ahed news “All departments in the ministry and other concerned apparatuses are cooperating in order to confront the epidemic. Schools, universities and learning centers are closed and gatherings are forbidden. Also, the government is carrying out awareness campaigns and we can say that all sectors are carrying out their responsibilities in a good manner. There are also scientific and awareness campaigns across the country to raise more awareness on the importance of the required measures. We hope that we do not see any coronavirus cases in Yemen, because if we do it will really be a catastrophe. Of course there are also plans in case the epidemic spreads, the army and all other sectors will work together to contain it.”

Unquestionably, the absence of the international community does not come as a surprise. According to the spokesperson, “the international community is not only absent, but we can say that it has taken part in increasing the suffering of the Yemeni people, whether it’s the UN or other organizations. The entire world knows the suffering of the Yemeni people, and the crisis they are living due to the Saudi regime war but no one has done anything to lift it.”

Dr. Youssef concluded noting that “in terms of aid, these cover 19% of the needs at most, which means that Yemen is left with 81% deficiency and shortage in medical needs. Note that most of the time these aids do not come without agendas coming along. But anyways we do not count on the international community or await anything from it.”