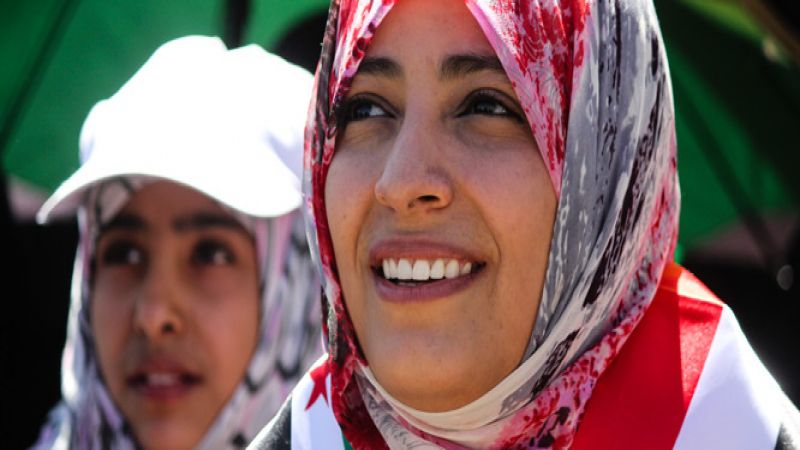 Tawakkol Abdel-Salam Karman, a Yemeni journalist, human rights activist, and Nobel Peace Prize co-laureate, announced a new revolution against what she called “the dependence on foreign guardianship, Saudi ambassador and the legalization of the occupation of Yemen”.

The move came during her speech in a conference titled titled “Post-War Yemen: A Forward-looking Vision”, held in in Istanbul.

“There is a power vacuum, the decisions written by the Saudi ambassador, the signature of Hadi and his prime minister do not represent us, nor the legitimacy,” she said.

She accused Hadi’s regime of treason and of handing Yemen over to the occupation.

“Legitimacy has been transformed into a tool that legitimizes the foreign occupier occupying the country.”

Karman added that the leaders of the Hadi regime are “satisfied to be mere tools in this war, agents, not leaders; followers, not equal partners.”

“Since the beginning of the coalition’s war, all these components, including the Islah Party, are only tools in the hands of Saudi Arabia, just like the STC, Tariq’s troops and the Elite Forces,” the activist said.

Karman condemned the coalition for deliberately “destroying Yemen, seeking to dismantle it and dividing it into weak states dependent on Saudi Arabia and the UAE.”

She accused Saudi Arabia of plundering Yemen’s wealth and controlling Yemen’s strategic position. She said the occupiers don’t care if Yemen remains divided and chaotic, and in a state of rupture and small internal divisions.

The journalist called for the formation of “a field command that will be the source of decision power, to free itself from the guardianship and the occupation of Saudi Arabia and the United Arab Emirates.”