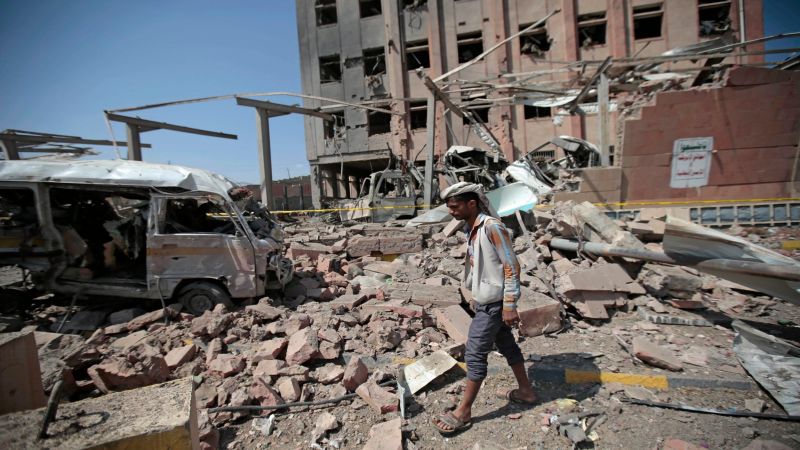 The UK government has negotiated a loophole in a German arms export ban to Saudi Arabia that will ensure UK-supplied planes will continue to be used in the war in Yemen, the foreign secretary, Jeremy Hunt, has confirmed.

The news is contained in two unpublished letters from cabinet ministers to the parliamentary Committee on Arms Export Controls (CEAC). The aircraft, Tornado fighter bombers and Eurofighter Typhoons, are used in the Saudi bombing raids designed to push back the Houthi rebellion in the four-year civil war in Yemen. The aircraft were developed by consortiums of European companies and Germany supplies spares for them.

The two wings of the German coalition government became embroiled in a tense battle this year over whether to extend a pre-existing ban on arms sales to Saudi. They reached a complex compromise last month, which appears to have satisfied British concerns about the viability of the UK-supplied aircraft.

In his letter, Hunt explained that the German government extended its freeze for six months on 28 March but “there will be a partial exemption for joint European programs and their connected licences until the end of December 2019. I am pleased the German government has listened to our request to ensure the spares for the existing Typhoon and Tornado aircraft in Saudi Arabia may now continue to be licensed.”

He added that on “other collaborations and bilateral programs the government is seeking further clarifications from the Germans”.
In the other letter, Liam Fox, the international trade secretary, wrote to the CAEC saying he feared the ban would have had “a potentially damaging impact on UK relations with Saudi Arabia”.

He revealed the issue had not just been raised with the German government by himself and Hunt but also verbally by the chancellor, Philip Hammond, the prime minister and the then defence secretary, Gavin Williamson.

Fox said Theresa May had also given reassurances to the Saudi government about lobbying the British government had undertaken with the Germans. The British embassies in Riyadh and Berlin had been engaged, he added.

Lloyd Russell-Moyle, a Labour MP and CAEC member, commented on the decision. He said: “Not only is the government breaking UK export control law to keep Saudi jets in the sky bombing civilians in Yemen, it is lobbying other countries to do so.”
In the Commons on Thursday, Andrew Mitchell, the former Conservative international development secretary, said “on the issue of Yemen Britain has lost its moral compass”.

Mitchell singled out the UK government’s reluctance to criticise the repeated Saudi air raids on civilians. He said: “Quiet diplomacy with the Saudis is clearly the government’s preferred approach but the continued bombing of civilians areas demonstrates this approach is simply not working. It is shameful and a profound moral failure that the UK has been unable to persuade Saudi and Emirati allies to end the bombing of innocent Yemeni civilians.”

Andrew Murrison, the new Middle East minister, argued: “If we did not sell arms in the way that we do for legitimate self-defence in accordance with international law then other countries would so and probably a lot less ethically.”

He said some operations had gone horribly wrong but the Saudis had produced 100 investigations into them.