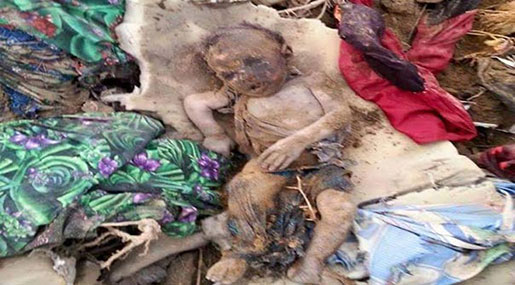 No Human Can Stand Al-Saud’s Criminality against Yemeni Children

By inhumanity and unconscionable, Rulers of al-Saud proceed aggression on Yemen. Without mercy and compassion, they go to the extreme in killing innocents of Yemeni nation. The kind of human they belong to is unknown. Their criminality doesn’t resemble any on the Earth.

Princes of desert kingdom enjoy bloodshed of children. They issue orders of killing and destroying while they’re on their thrones. They don’t care about the least humanity standards, and their "Restoring Hope" operation that kills childhood is failing.


Photos addressed to the Conscientious are hereafter (following).