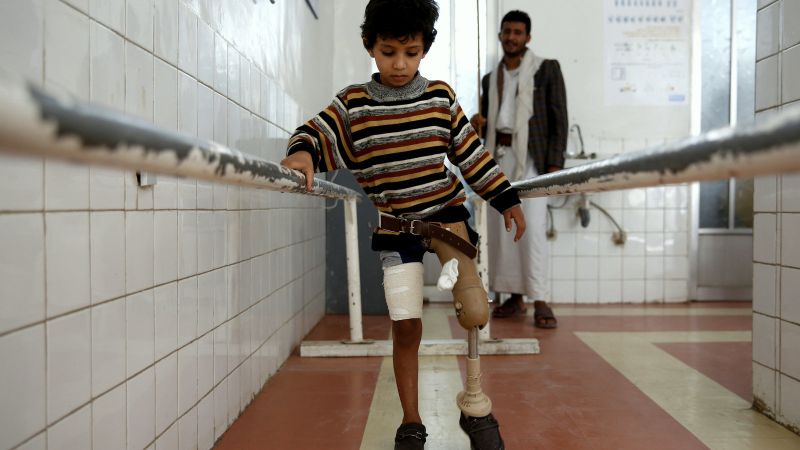 Thousands of people have been injured and many hundreds have lost limbs as a result of the fighting in Yemen. The war has damaged infrastructure on both sides, crippled the health system and pushed the Arab world’s poorest country to the brink of famine.

There is another problem the country is facing, a limited supply of prosthetic limbs and crutches for the amputee survivors.