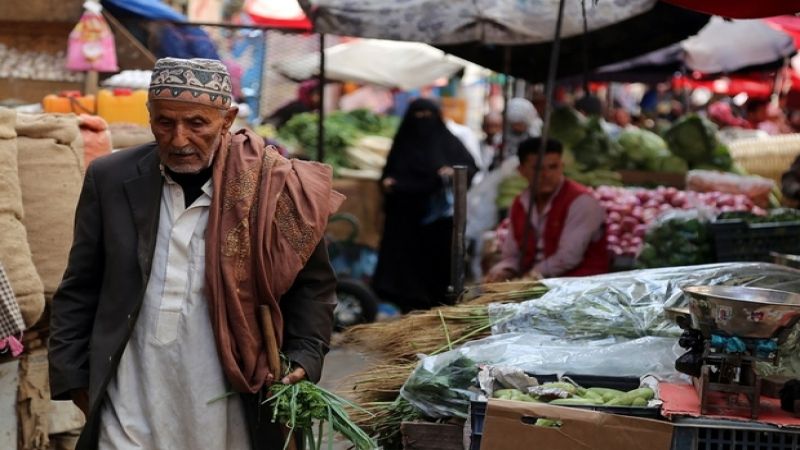 'No Choice But To Leave': Saudi Arabia Kicks Out Thousands of Yemeni Workers

Saudi Arabia has been accused of forcing tens of thousands of Yemeni expatriates back home into poverty and war with the enforcement of tough new rules on migrant workers under Mohammed bin Salman's vision for a "Saudis first" economy.

The double-whammy has resulted in the exit of tens of thousands of Yemenis since December, and officials say they expect more of the estimated two million Yemenis still in Saudi Arabia to follow.

Those who return find themselves in a country breaking apart in a gruelling war between the Houthi movement and a Saudi-led coalition - a conflict that has already killed more than 10,000 people, left millions on the brink of starvation, plunged the economy into crisis and led to an epidemic of cholera and outbreaks of diphtheria.

Yassin al-Ariqi left Sanaa for Saudi Arabia in 2009, full of hope that his new job as a shop salesman was the answer to the money worries of family and parents back in Yemen.

For six years the 39-year-old's monthly 2,500 Saudi riyal wage ($666) was enough, but then war came to Yemen in 2015. His two brothers lost their jobs back home, meaning Ariqi became the breadwinner for four families.

In July of last year, Saudi Arabia imposed residence fees on migrant workers and their dependents - 100 riyals ($27) each a month, rising to 400 riyals by 2020.

Then the killer blow was struck - Ariqi's job was listed in the 19 categories subject to the "Saudi first" policy and, as a result, Ariqi left the country early this year.

"From my 2,500 riyals a month I had to pay the fees plus living expenses, and send money to four families in Yemen," he told Middle East Eye.

"Some expats left after the fees came in - but I stayed because I had no work in Yemen. Then my job was declared off limits, and I had no choice but to leave."

Today he lives in Sanaa, a war zone regularly bombed by the Saudi coalition, where work is near impossible to find amid a national economic catastrophe, food shortages and outbreaks of disease.

"I used to provide for my family, my parents and my two brothers' families," Ariqi said. "Today I cannot provide for myself and cannot find work. If this continues, I will head for Djibouti where some of my friends have already gone."

Ariqi's story is not in isolation. He is one of many Yemeni expats forced back into a country breaking apart at the seams, in large part due to the Saudi-led blockade and bombing campaign against the Houthis.

More large-scale returns would be disastrous. According to Yemen's information minister, Moammar al-Eryani, there are two million Yemenis in Saudi Arabia, who have kept the heads of 10 million family members at home above water for years.

The combined effect of fees and "Saudisation" has pushed accountant Khalil Abdurrahman and four "companions" - essentially those he himself sponsors - out of Saudi Arabia and back into Yemen.

"I cannot pay for four companions, and my profession was added to the Saudi-only list," Abdurrahman told MEE from his home in Taiz province.

"Even if I changed my profession I would not be able to pay the fees, so I decided I had to return to my country - to a village I had not visited since 2007.

"We used to help our relatives in Yemen but today we need someone to help us. But I have some money and I am trying to open a small shop."

Fadhl al-Thobhani, a professor of sociology at Taiz University, said the return of so many expatriates from Saudi Arabia was worsening the situation of millions of Yemenis.

"The expatriates are the direct victim of the new decisions in Saudi Arabia, but the indirect victims are the millions they provide for at home," he said.

"Moreover, the expatriates who have returned are now competing for work inside Yemen, so the government has to solve this problem by the coordination with Saudi authorities to exclude Yemenis from such decisions."

Many of Yemeni expatriates are still trying to change their professions and others are waiting for the Yemeni government to coordinate with the Saudi authorities to exclude Yemenis from the new policies.

Careering out of control

Saleh Nasher had worked for eight years as a clothes salesman in Jeddah before being made jobless due to the new rules.

"I do not have work and I've tried to change my profession but all [jobs] suitable for me were among the 19 dedicated to Saudis," the 33-year-old said.

The father of three said his only option now was return to Taiz, a city wrecked by years of war and subject to ongoing violence.

"I do not want to return," he said. "I know the life will be more difficult there, but I have no choice but to return.

"I cannot oppose any decision by the Saudi authorities and we thank them for giving us the chance to work during the last years," he said, but added he hoped Riyadh would see sense and exclude Yemenis from the punishing rules.

Devil and the deep blue sea

Mohammed al-Dailami, a Houthi political analyst, said the Saudi policy changes were an internal issue, but said Yemenis could protest against them through other means.

"Saudis kills us in Yemen and exile Yemenis from Saudi Arabia," he said. "There are a lot of Saudi products in Yemeni markets, so we have to boycott them.

He stated that the exiled Yemenis have to tell the world about the bad treatment meted out by the Saudi authorities, who are forcing them to return their country amid war.

"The Saudi authorities should have excluded Yemenis from this policy. This is clear evidence that they do not respect human beings."

Ariqi, the expatriate who returned in January, said Yemenis were caught in an impossible situation.

"The Saudi authorities exiled us from [their country] and we cannot oppose that - but we can oppose the Saudi war against Yemen," he said.

"We can hope that Saudi Arabia stops it intervention in Yemen, so we can live peacefully and resume our lives."