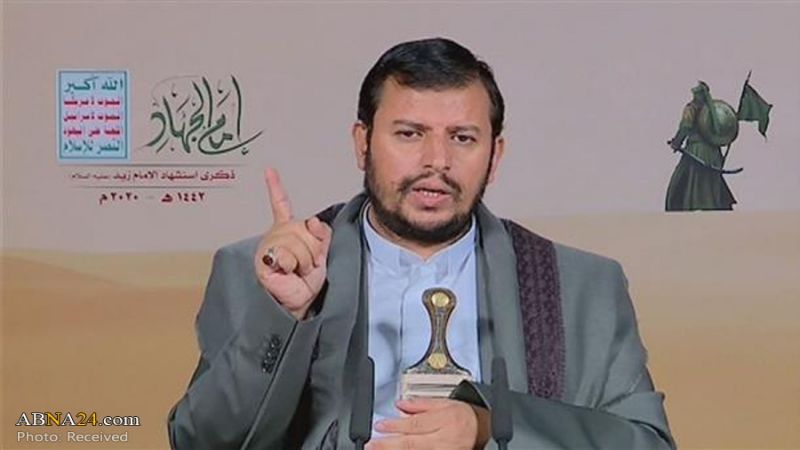 The leader of Yemen’s Houthi Ansarullah movement has lambasted Saudi Arabia, the United Arab Emirates and Bahrain for facilitating the implementation of plots hatched by the United States and the Israeli regime against Muslim nations.

Speaking in a televised speech broadcast live from the Yemeni capital of Sana’a on Monday afternoon, Abdul-Malik al-Houthi said Riyadh, Abu Dhabi and Manama sponsor the advancement of such plots, stressing that the trio tend to stand with the enemies of the Muslim world.

The Ansarullah leader then severely censured the UAE and Bahrain over their decisions to establish full diplomatic relations with the Tel Aviv regime.

Bahrain joined the United Arab Emirates in striking an agreement to normalize relations with Israel on September 11.

The deal came one month after the UAE and the Tel Aviv regime agreed to normalize ties under a US-brokered accord.

Bahrain will join Israel and the UAE for a signing ceremony at the White House hosted by Trump on September 15. The Israel-UAE ceremony will be attended by Netanyahu and Emirati Foreign Minister Sheikh Abdullah bin Zayed Al Nahyan.

Following the announcement of the Israeli-Bahraini normalization deal, Palestine recalled its ambassador to Manama for consultations, according to the Palestinian Ministry of Foreign Affairs and Expatriates.

Houthi also denounced the Arab League for dropping a Palestinian draft resolution in condemnation of the controversial normalization agreement between the UAE and Israel, expressing regret that certain Arab regimes are blindly following the enemies of Muslim nations.

Last Wednesday, Arab foreign ministers attended a virtual session against the backdrop of UAE's normalizing relations with Israel, but did not condemn the US-brokered agreement.

“In the face of the UAE-Israeli normalization agreement, it has become necessary for us to issue a position to reject this move. Otherwise, our meeting will be considered as a blessing or being complicit with the normalization,” Maliki said at the time.

Elsewhere in his remarks, Houthi said Saudi Arabia, the UAE and Bahrain would do anything possible to appease the US and Israel, emphasizing that American and Israeli officials solely think of exploiting the Persian Gulf regimes.

“The main priority of Saudi Arabia, the UAE and Bahrain is to carry out the plots of the US and the Zionist regime against the Muslim world,” he said.

Houthi also noted that the Saudi-led coalition waging a devastating military campaign against Yemen seeks to help Washington and Tel Aviv occupy the Arab country and wrest their control over it.

Saudi Arabia and a number of its regional allies launched the war on Yemen in March 2015, with the goal of bringing the government of former president Abd Rabbuh Mansur back to power.

The US-based Armed Conflict Location and Event Data Project (ACLED), a nonprofit conflict-research organization, estimates that the war has claimed more than 100,000 lives for more than the past five years.

The Houthi movement, backed by the armed forces, has been defending Yemen against the Saudi-led alliance, preventing the aggressors from fulfilling the “objectives” of their devastating war.