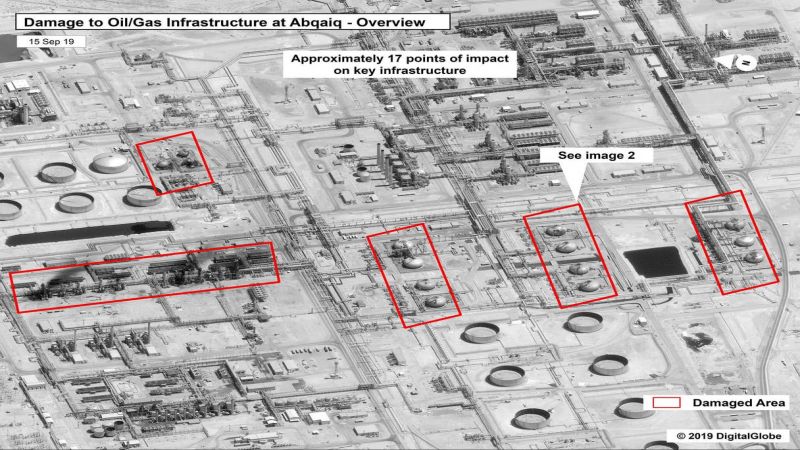 Saudi Arabia has always underestimated the military ability of the Houthis in Yemen. In March 2015, the Saudi defence minister Mohammed bin Salman, later appointed crown prince, launched what was meant to be a short, decisive bombing campaign in Yemen to evict the Houthis – a campaign still going on four-and-a-half years later.

The Saudis were evidently caught by surprise by the Houthi capacity to use a long-distance drone, since drones depend on GPS systems to find their target. These can be jammed, says a specialist in drone warfare, who did not want to be named, but the Saudis failed to do so at Abqaiq and Khurais – the sites of Saturday’s unprecedented attacks – despite their crucial importance to the Saudi oil industry.

Houthi military proficiency is the fruit of continuous warfare. The Saudis backed the Yemeni government in six separate wars against the Houthi tribes in north Yemen, who practice a variant of Shia Islam known as Zaidism, in the 2000s. The government forces failed to defeat the Houthis, but the wars did mean that their fighters gained significant military experience.

Despite being the target of a prolonged Saudi bombing campaign, the Houthis have fought to a standstill their vastly better equipped and financed opponents. The Saudi coalition has been weakened over the past year by its main ally in the Gulf, the United Arab Emirates, withdrawing many of its troops from Yemen.

Yemen has long been one of the world’s great arms bazaars and the weapons business is one of the few parts of the Yemeni economy that still flourishes. Even before the present war started, it was estimated that there were three weapons for every Yemeni (the current population of Yemen is 28 million).

Well-informed Yemenis at an earlier stage in the war said that Iran did not supply weapons directly to the Houthis, but gave them free oil products which they would then sell abroad in the open market – and use that money to buy arms inside Yemen. US sanctions on Iran may make this process more difficult.

US secretary of state Mike Pompeo claims that Iran was definitely behind the drone attack on Abqaiq and Khurais, but he has produced no conclusive evidence to prove this. If true, it would be contrary to Iranian practice in the past in Lebanon and Iraq, where Iran acted through local allies like Hezbollah, but without direct command and control. This distancing helped the Iranians retain credible deniability.

The Houthis have been using drones and ground-to-ground missiles for several years against Saudi Arabia with growing success. Iranian engines or technical expertise probably play a role, but drones are not a highly sophisticated piece of equipment like a modern jet fighter or bomber. The drones previously used by the Houthis often had a range of 100km, which would be far too limited to strike at the Saudi infrastructure, unless the range had been lengthened.

In claiming credit for the attacks, the Houthis said they had help from inside Saudi Arabia, which might imply, if true, that the drones were launched at close range from within the kingdom.

The oil facilities targeted are in the eastern province, as are many of Saudi Arabia’s 2-3 million-strong Shia minority. Persecution of them has been stepped up with the mass execution of imprisoned protesters earlier this year. It is conceivable that some Shia would be open to cooperating with the Houthis.

There may also be an element of direct revenge in the Houthi action: on 31 August, the Saudi coalition carried out its single most deadly air attack in Yemen since 2015, when 156 civilians were killed and 50 wounded in an airstrike on Dhamar. Ironically, many of those who died were anti-Houthi prisoners held in a Houthi prison.

The total number of war dead in Yemen since 2015 had reached 91,000 by June this year, according a study by the Armed Conflict Location and Event Data Project (Acled). The Saudi-led coalition and its allies are responsible for the death of more than 8,000 out of 11,700 civilians directly targeted, according to the group.

The US pioneered the use of drones in Yemen after 9/11, using the aircraft to attack suspected al-Qaeda targets, though there was strong evidence that they frequently hit civilian targets such as tribal wedding parties.

The devastating attack on Saudi oil facilities levels the playing field in future wars between rich and poor countries because a highly effective drone can cost $15,000, while Saudi Arabia has spent $67.6bn on arms last year.