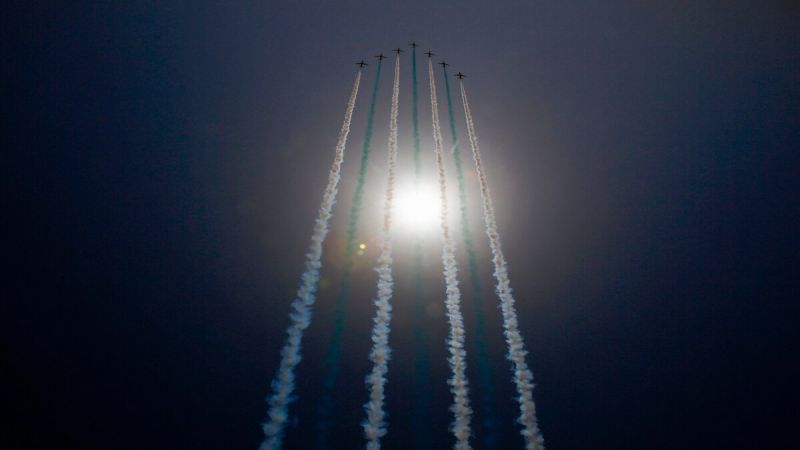 Western concerns about making military technology transfers to the United Arab Emirates and Saudi Arabia may have led to greater reliance on indigenous military technologies in the conflict in Yemen, and experts expect those investments to continue to grow.

It’s a slow but potentially important shift in how the regional powers — historically major buyers of Western military goods — approach arming themselves.

The UAE and Saudi Arabia will have an increased concentration on local military production as part of a broader diversification of sources, said Wehbe Katicha, a former Lebanese general who is now a member of Parliament.

“As the threat posed by Iran increases, especially in [the] Hurmuz Strait, Gulf countries are more likely to increase their armament through many sources,” Katicha noted. “They will not move out [from] the USA ‘umbrella,’ but producing ammunitions and armored vehicles locally is one of the options to overcome sanctions.”

Experts point out that the conflict in Yemen was the first to see widespread use of systems domestically produced by the Gulf powers. Zafer Al Ajamy, a Kuwaiti strategic expert, noted that the UAE has produced the Al-Tariq missile, the JAIS armored vehicle, the Yabhon United 40 drone and the 5.56mm Caracal machine gun — all of which have been seen in the Yemeni conflict.

Saudi munitions have also seen use in Yemen, as have the Shibl 1, Shibl 2 and Twaiq armored vehicles as well as the Rainbow CH-4 drone, which is co-produced with a Chinese company.

“War in Yemen moved Gulf military industries [into the] spotlight,” he said. “With respect to the [kingdom of Saudi Arabia] — that showed an increased interest in military technology transfer with [King Salman bin Abdulaziz Al Saud] — it has many military systems used in the Yemen war.”

It is no secret the two countries have been looking to increase indigenous defense capabilities. For instance, Saudi Vision 2030 calls for increased technology transfer to the kingdom in order to grow its local knowledge base.

But the actual presence of Gulf arms in Yemen being used against Houthi revolutionaries is evidence that the countries have made critical progress toward that goal. And there is a clear throughline between the enhanced local production and western criticisms of the Yemen conflict.

“Local production was motivated by the U.S. administration delaying arms exports to the Gulf, and tightening of the European restrictions. Adding to this, military vehicles produced by SAMI [Saudi Arabian Military Industries] and EDIC [Emirates Defense Industries Company] are battle-tested,” said Al Ajamy, adding that “international defense companies are not limited by their regulation restrictions to export their arms to the Gulf, if the production was performed in the Gulf.”

Lebanese strategic expert and editor in chief of SDArabia Brig. Naji Malaeb said that restrictions on the Gulf countries pushed them toward different armament sources, and that Vision 2030, should it be completed successfully, would lead to less reliance on the West for weapons.

“Both KSA and UAE started by consolidating companies for military production into SAMI and EDIC. This helped to limit buying and selling military technologies by state-owned companies. Also, Vision 2030 [called for] partners other than the U.S. and Europe; for instance, UAE bought Russian military drones and aerial munitions, and KSA signed a contract for Russian S-400 air defense systems.”

KSA is still consolidating companies within SAMI to achieve a 50 percent technology transfer target, and full cooperation between one defense company controlled by the government. On June 26, SAMI announced it was taking full control and buying all of Advanced Electronics Company’s shares.

Meanwhile, foreign weapons producers continue to show interest in co-production with Gulf states. Mlaeb said that was especially the case at the maintenance and ammunition-production level, noting that BAE Systems signed a memorandum of agreement with the UAE’s repair and overhaul center to transfer technology of some F-16 initiatives to the Middle Eastern country during this year’s International Defence Exhibition and Conference.

Furthermore, the Middle East Propulsion Company — a Saudi-based firm that overhauls engines, parts and services — has signed contracts with international companies for the maintenance of military aircraft engines — General Electric for the F-15 and Rolls Royce for the Tornado — inside the kingdom.