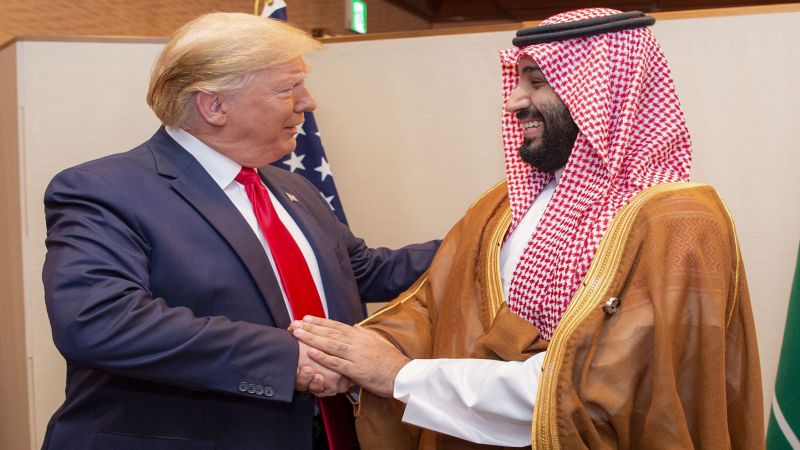 Though there has been no accountability for the murder of Jamal Khashoggi, and for women who were tortured for seeking greater rights are still in prison, President Donald Trump has returned to calling Saudi Crown Prince Mohammed bin Salman a "friend" who is doing "a spectacular job." Fortunately, there remains a bipartisan majority in Congress that rejects this indefensible judgment and the president's strings-free steps to supply the kingdom with more weapons and nuclear technology. The question is whether a coalition can come together to pass legislation that will reshape U.S. policy toward Saudi Arabia and its brutal and reckless ruler over Trump's objections.

The effort is, by definition, a longshot. Trump has already vetoed one bill aimed at ending U.S. support for Saudi Arabia's disastrous intervention in Yemen, and he will surely also veto a series of resolutions that disapproved of $8 billion in weapons sales he authorized through an emergency procedure to bypass Congress. He retains the support of the Republican Senate leadership in opposing any measure that would hold Mohammed bin Salman accountable, even though the CIA and a U.N. report have said he is likely responsible for the Khashoggi murder, or would restrict arms sales, even though U.S. bombs have been used to attack schools, mosques and hospitals in Yemen.

One possible way forward is through amendments to the National Defense Authorization Act now moving through Congress, which Mr. Trump would find hard to veto. This week, the House approved a provision sponsored by Rep. Tom Malinowski, D-N.J., that would require the director of national intelligence to submit a report to Congress naming any Saudi official implicated in "the directing, ordering, or tampering of evidence" in the killing of Khashoggi, a Saudi dissident and Post contributing columnist. Those identified would be denied U.S. visas.

The measure would almost certainly sweep in more than the 17 Saudis already subject to U.S. sanctions for the Khashoggi murder, and probably Mohammed bin Salman. Mr. Trump would retain the power to waive punishments; but the DNI report could, at least, publicly place responsibility for the murder where it belongs. Unfortunately, the bill is likely to be opposed by Senate Republican leaders when the defense act goes to conference. Democrats will need help from GOP senators such asLindsey Graham of South Carolina and Todd Young of Indiana, who have taken a strong stand against Saudi war crimes and human rights abuses.

Alternatively, Democrats could choose to work with Senate Foreign Relations Committee Chairman James Risch, R-Idaho, who this week introduced a bill that seeks to hold the Saudi leadership accountable while avoiding a Trump veto. It would leave arms sales and Mohammed bin Salman untouched, but it would ban visas for all other members of the Saudi royal family serving in executive positions until the regime made "demonstrable progress in addressing arbitrary detentions, forced disappearances, and torture of prisoners." It would also require a comprehensive review of U.S. policy toward the kingdom.

The Risch measure would not restrain Saudi aggression in Yemen or deliver justice in the Khashoggi murder. But it and the Malinowski bill offer the best chances to rein in Trump's heedless embrace of a dangerous dictator and his contempt for congressional authority. Legislators must not allow his malign policy to go unchecked.