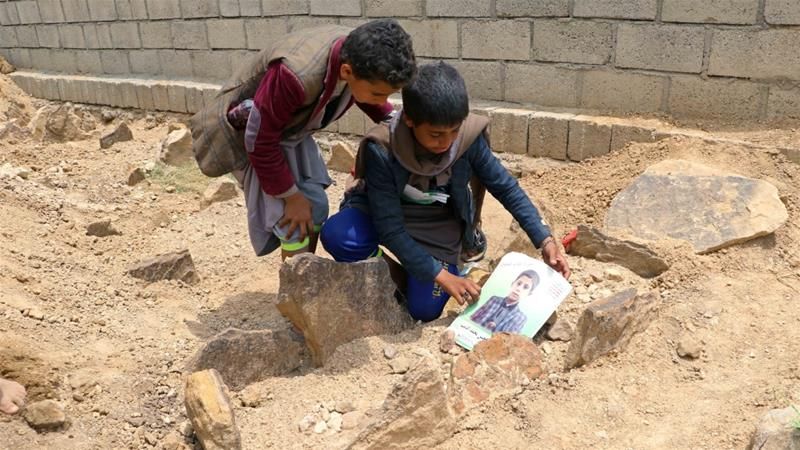 In the coming days, UN Secretary-General Antonio Guterres will finalise his annual list of governments and armed groups that have committed grave violations against children in armed conflict.

A party can be listed for one or several violations, including rape, killing and maiming, and recruiting children as soldiers. The list is one of the UN's most effective tools for the protection of children in armed conflict, because it involves a consequence that perpetrators dread and seek to avoid: their public naming and shaming before the whole world.

The "list of shame" is a powerful mechanism, but its survival depends on its integrity. The decision whether to name and shame offenders must therefore be made on the merits, without fear or favour, and without making exceptions for the rich and influential. The decision about listing should be driven by the best interests of children themselves, in a process that draws on the best evidence available.

And that brings us to the Saudi and Emirati-led coalition and its actions in Yemen. Its brazen and callous attacks over the last four years have resulted in the killing and maiming of large numbers of children and the destruction of hundreds of schools and dozens of hospitals in Yemen. Yet, since the war began in 2015, the coalition has successfully exerted political and financial pressure on the UN to escape being listed altogether, or to arrange an accommodation that would soften the blow.

In 2016, the international community was shocked when former Secretary-General Ban Ki-moon put the coalition on the list and then quickly removed it after Saudi Arabia threatened to drastically cut funding to UN agencies. Hoping to avoid a similar incident in 2017, his successor Guterres effectively created a new intermediate category to accommodate the coalition.

He split the list into two sections, one for "parties that have put in place measures during the reporting period aimed at improving the protection of children" and placed the coalition in this category, and the other for "parties that have not put in measures". For the past two years, this device has allowed him to "list" the coalition but without fully holding it accountable.

And where is the evidence that the coalition has put in place "measures…aimed at improving the protection of children"? All the available evidence shows that the coalition's attacks against children have continued unabated. For example, in its 2018 annual report, the UN attributed to the coalition in 2017 the killing of 370 children, 67 percent of the total verified, and the injury of 300 children, nearly 40 percent of the total verified.

The record was worse in 2018. Hundreds of children were killed and maimed by the coalition and there were 26 coalition attacks on schools and students and multiple attacks on hospitals, according to reports from the UN, international NGOs and media.

One of the most egregious attacks took place on August 9, 2018, when a coalition airstrike hit a school bus in the middle of a busy market, killing 29 children and wounding 19.

Just recently, on May 24, 2019, a coalition air strike killed seven children in the besieged city of Taiz. This occurred even after the coalition had earlier this year signed a "memorandum of understanding" with the UN Special Representative on Children and Armed Conflict to supposedly strengthen the protection of children in Yemen.

Tragically, the Houthi armed group and other parties to the conflict in Yemen have also killed and maimed children, attacked schools and hospitals, and recruited and deployed children as combatants. The UN secretary-general has rightly included them on his "list of shame" for these violations each year without pause or accommodation.

Why then the special treatment for the coalition? How can the UN justify this two-tiered approach, especially when it comes to the protection of the most vulnerable?

Guterres should end the practice of arbitrarily splitting the list, or at least end the fiction that the coalition deserves credit for protecting children, when the facts say otherwise. The coalition's wanton and continuous attacks on civilians, especially children, and its continued attacks on schools and hospitals, are appalling. They deserve the full weight of the "list of shame".

Letting the coalition off the hook undermines the UN's commitment to protecting children in armed conflict. It is for their sake, and to preserve the tools available for their protection, that the coalition must now be held to account.