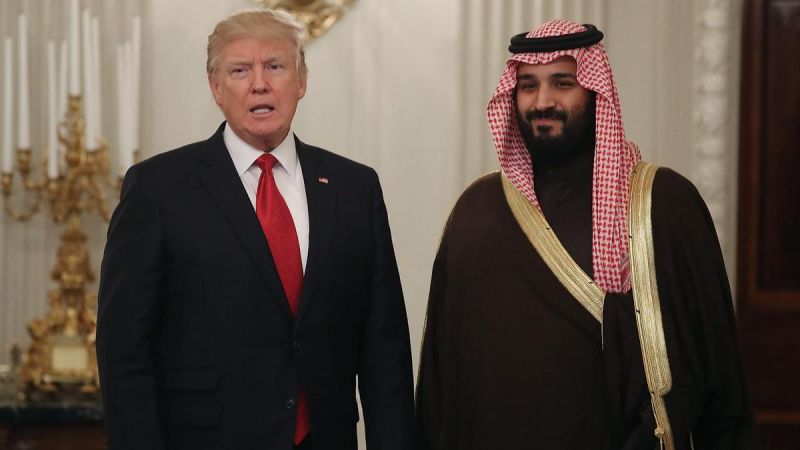 A bipartisan pair of senators is looking to force a vote on all aspects of US security assistance to Saudi Arabia, the latest in a string of actions from lawmakers increasingly fed up with US President Donald Trump administration’s support for Riyadh.

Sens. Chris Murphy [D-Conn.] and Todd Young [R-Ind.] will introduce Monday a resolution to require the administration to report on Saudi Arabia’s human rights practices, the first step in forcing a vote on the security assistance.

“This administration has effectively given a blank check to the Saudis—turning a blind eye to the brutal murder of Jamal Khashoggi and allowing their ballistic missile program to expand,” Murphy said in a statement Sunday. “Congress needs to change how we do business with the Kingdom. The process we are setting in motion will allow Congress to weigh in on the totality of our security relationship with Saudi Arabia, not just one arms sale, and restore Congress’s role in foreign policy making.”

Under the 1961 Foreign Assistance Act, Congress can vote to request the administration provide information within 30 days on a particular country’s human rights practices. Once Congress receives the human rights report, it can vote to end any aspect of security assistance to that country.

The resolution to request the information is privileged, meaning Murphy and Young can force a vote on their measure 10 days after it is introduced.

Murphy and Young’s resolution is the latest effort to respond to the Trump administration’s decision to push through 22 arms sales to Saudi Arabia and the United Arab Emirates without congressional approval.

Lawmakers in both parties are opposed to the sales because of civilian casualties in the Saudi-led war in Yemen and fury at Saudi Arabia over its killing of Khashoggi last year in Turkey.

Last week, a group of senators introduced 22 resolutions to block the arm sales. Murphy and Young were among the co-sponsors.

A staffer described Murphy and Young’s effort to tackle the issue through the Foreign Assistance Act as complementary to— as but more expansive than— the resolutions to block the arms sales. Once the human rights report is received, the staffer said, lawmakers could force votes not only on the 22 arms sales at issue now but also on any aspect of security assistance or future arms sales.

The senators are expecting broad bipartisan support, the staffer added, pointing to this year’s vote to end US military support for the Saudis in Yemen. That resolution passed the Senate 54-46 in March.

“This bipartisan resolution simply asks the Secretary of State to report on some basic questions before moving forward with them. The ongoing humanitarian crisis and complicated security environment in Yemen requires our sustained attention and we cannot permit U.S. military equipment to worsen the situation on the ground.”