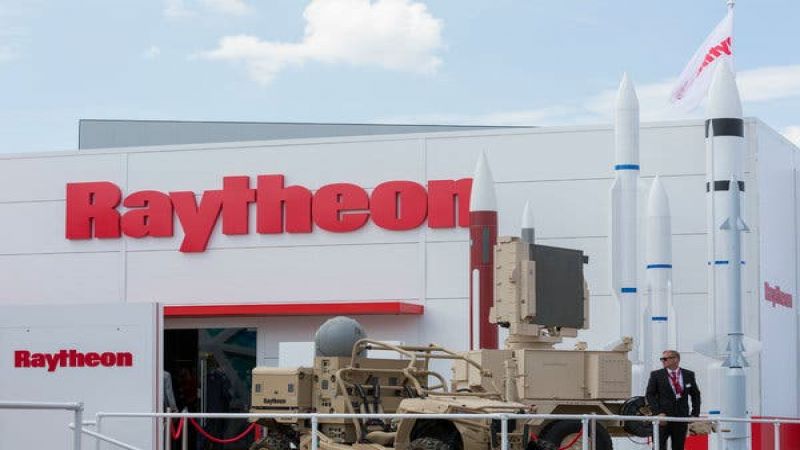 Trump Wants To Sell More Weapons To Saudi Arabia. Congress Must Stop Him

On the Friday before Memorial Day, when few Americans were paying attention, the Trump administration announced that it would circumvent Congress and sell $8bn in new weapons to Saudi Arabia and the United Arab Emirates. It was Donald Trump’s latest attempt to give a blank check to two US allies leading a disastrous war in Yemen.

If Trump succeeds in getting around Congress, these weapons sales will prolong suffering in Yemen and eliminate one of the last levers that allowed the US to exert influence over Saudi and Emirati actions: the threat of Congress blocking arms deals.

On 5 June, a bipartisan group of senators said they would try to block the administration from going ahead with the sales by introducing 22 “resolutions of disapproval” – one for each of the deals cleared by Secretary of State Mike Pompeo. The effort is led by two unlikely allies: Bob Menendez, a Democrat from New Jersey and frequent Trump critic, and Lindsey Graham, a Republican from South Carolina who is one of Trump’s biggest supporters.

The two senators agree on one thing: that Saudi Arabia should face more scrutiny of its actions in Yemen after Saudi agents murdered the journalist Jamal Khashoggi at the Saudi consulate in Istanbul in October. Since then, members of Congress have tried to force the Trump administration to reexamine its alliance with the kingdom – especially its relationship with Mohammed bin Salman, the brash and ruthless crown prince often considered an architect of the Yemen war. But Trump and his senior aides have made clear that they still support the prince and won’t try to isolate him, despite a CIA assessment that concluded, with “high confidence”, that Prince Mohammed ordered the killing of Khashoggi.

The senators’ effort, which includes seven co-sponsors, is yet another example of Congress trying to claw back its constitutional responsibilities. On 24 May, when Pompeo notified Congress that the administration would move ahead with the $8bn deals without congressional approval, he cited a rarely used provision of the Arms Export Control Act which allows the president to bypass Congress if he determines there is an emergency that impacts national security. Pompeo invoked the Trump administration’s favored bogeyman: an increased threat of “Iranian aggression”.

But over the past month the administration has inflated the threat posed by Iran to US troops and allies in the Middle East and several hawkish Trump aides, especially national security adviser John Bolton, have pushed for a new confrontation with Tehran. At Bolton’s request, the Pentagon updated plans to send as many as 120,000 troops to the Middle East. The administration is using similar scare tactics to justify its end-run around Congress to sell more weapons to Saudi Arabia and the UAE.

As Senator Chris Murphy, a Democrat from Connecticut and one of the earliest critics of US support for the Saudi-led war in Yemen, wrote on Twitter: “To state the obvious, there is no new emergency reason to sell bombs to Saudi Arabia to drop in Yemen. The Saudis [have] been dropping the bombs on civilians, so if there is an emergency, it’s a humanitarian emergency caused by the bombs we sell the Saudis.”

Trump’s supposed desire to end US involvement in foreign wars – in Syria and Afghanistan – clearly hasn’t superseded his wish to keep Saudi Arabia and the UAE happy and continuing to purchase American weapons. This willingness to prolong the suffering of millions of Yemenis also underlines the administration’s single-minded obsession with countering Iran. Trump and his advisers repeatedly try to justify a prolonged war in Yemen by blaming Iran and its support for the Houthi revolutionaries …. This narrative ignores the fact that the Houthis did not receive significant help from Iran before Saudi Arabia intervened in March 2015.

With the administration firmly behind its Saudi and Emirati allies, Congress offers the best hope to end the American role in a war that has triggered one of the world’s worst humanitarian crises. In early April, the House voted to cease military support for the Saudi-led coalition in Yemen, finally approving a bill to restrain presidential war powers that has taken years to pass both chambers of Congress. On 16 April, Trump vetoed the bill. Two weeks later, the bill’s supporters in the Senate tried to override the veto but fell short, 53-45. (It takes two-thirds of the Senate, or 67 votes, to override a presidential veto.) But the measure was still a turning point because it focused attention on the extent and unpopularity of military support for Saudi Arabia and its allies.

As the political jockeying unfolded in Washington, the United Nations Development Program issued a report underscoring the extent of the humanitarian disaster being fueled by US weapons and logistical support. The report warned that the death toll in Yemen could rise to 233,000 by the end of 2019 – far higher than previous estimates. (The projection includes an estimate of 102,000 deaths from combat and 131,000 indirect deaths due to the lack of food, health crises like a cholera epidemic and damage to Yemen’s infrastructure.)

“The current conflict in Yemen is one of the greatest preventable disasters facing humanity,” the report said, adding that the conflict has turned into a “war on children”, with a Yemeni child dying every 12 minutes. The report estimated that 140,000 of those killed by the end of 2019 would be children under the age of five.

Despite a majority of Congress voting to end support, American assistance to the Saudi-led war persists, thanks to Trump’s veto.

In their latest effort to stop the weapons sales, congressional critics of the war will likely need to secure a veto-proof majority. It is a matter of moral and political urgency.