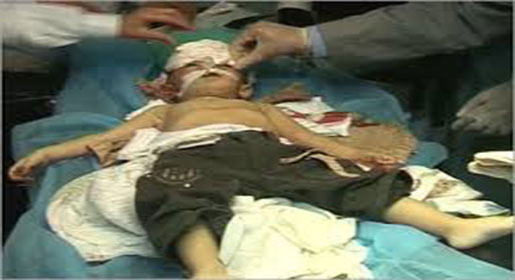 Double Standards: US Accused of ’Hypocrisy’ Over Yemen

The ongoing conflict in Yemen is sure to be a hot topic with US secretary of State John Kerry taking part in talks with Saudi officials in Riyadh. The talks come amid criticism of US involvement in the Yemeni crisis, particularly as it was taken without UN approval.

The talks between Kerry and Saudi officials come as Senegal announced it would send 2,000 troops to support the Saudi-led, US-backed war coalition...
The stated aim of the Saudi-led coalition - which also includes a number of other Gulf Cooperation Countries [GCC] - is to defeat the Houthis and return the exiled, western-backed President Abd Rabbuh Mansur Hadi to power.

However, critics have been highly skeptical of the military campaign, noting that while the US have not been involved in the bombing, American forces have been providing assistance and intelligence to the coalition.

Furthermore, the bombing campaign, which the UN says has claimed the lives of 650 civilians, was undertaken on request of Yemen’s ousted president, and without authorization from the UN Security Council.

Despite Saudi Arabia justifying its intervention based on security concerns - given it shares a border with Yemen - critics believe the bombing is merely an attempt to maintain Saudi, and in turn, western influence over Yemen, as well as to limit Iran’s power in the region.

Commentator on Middle Eastern affairs, Ajamu Baraka, says the Saudi reasoning for Yemen intervention "is becoming an old and tired justification for criminality in support of hegemony."
"
The intervention by the Saudis and the GCC continues the international lawlessness that the United States precipitated with its ’War on Terror’ over the last decade and a half."

"Violations of the UN Charter and international law modeled by the powerful states of the West have now become normalized, resulting in an overall diminution of international law and morality over the last 15 years."

Saudis, US and GCC Guilty of "Crime of Aggression"

Meanwhile, Francis Boyle, Illinois University law professor told Sputnik that he believes that while the US isn’t directly involved in the bombing, Washington were responsible in orchestrating the military campaign in Yemen.

"It is about the United States, by means of its proxies and puppets Saudi Arabia and the Gulf Cooperation Council [GCC], trying to reassert its control over Yemen because of its strategic location."

"All these Gulf States and the United States that are now assisting Saudi Arabia are likewise guilty of the international crime of aggression against Yemen," he added.
‘Double Standards" Over Ukraine and Yemen
And while the military campaign against the Houthis continues, many critics have argued that a political approach, rather than a military one, will be more beneficial to Yemen’s long-term peace and security.

However, Ajamu Baraka says that the different stances taken by the US in Yemen and the conflict in Ukraine amounts to hypocrisy, as the US backed the illegal overthrow of the Ukrainian government of Viktor Yanukovych, but have condemned the actions of the Houthis.

"The double standard and hypocrisy of US support for the Saudi intervention in Yemen, compared to western and US condemnation of Russia’s regional security concerns in response to the coup in Ukraine, will not be missed by most people."

"The US and Saudi geo-strategic interest in containing the influence of Iran has trumped international law and any concerns about the lives of the people of Yemen, Syria, Iraq, Lebanon, and Bahrain. Militarism, with war as the first option, has now become the default instrument of statecraft in an international order in which power trumps morality and law is only applied to the powerless."